With WW2 raging on two fronts and both Allied and Axis forces being stretched over vast areas, the Polish resistance have a grand opportunity to turn the tide of the battle raging in their country.

The city of Szydlow was before the war, the pearl of the Staszow region, with its centerpiece being the old castle of Szydlow. This town, as other towns, has been pretty much sacked either in the beginning of the war by the initial battle or by the allied air raids.

The civilian population has suffered just as much. Many of the men and women able to work have been forced to work for the occupating military. Those who refused, were arrested.

A few managed to flee and have been working tirelessly with Allied forces to supply intelligence, partake in raids and sabotage missions as well as rescue their friends and family.

The time has come, while the enemy is weak and morale low, we have the upper hand. With great knowledge of the land and support by British special forces (air, recon, armor and logistics), we might just be able to storm the enemy and cause havoc.

The main force of infantry has gathered just outside the Podlesie farm to distribute weapons and ammo before setting off towards the Dobrow airfield. The British has landed several planes, supplied tanks and artillery on the old disused Niecieslawice airfield.

Our main objective is to cause significant harm to the military infrastructure and rescue as many civilians and captured resistance members as possible.

Dobrow Airfield: Gather in force and attack in force through the nearby forest to the south west. Capture or destroy all enemy equipment and vehicles.

Ponik Forest: The forest houses many civilians that have fled or been forced out of their homes. They are being hunted by the enemy. Venture into the woods and help the civilians to safety.

Szydlow castle: The castle is being used as a big jail for captured resistance fighters. Attack and rescue our brothers!

We are playing as a bunch of raggedy Polish resistance fighters in Norweigan civilian clothes, using Finish weapons gifted by the Soviets all the while being backed by British special units. Clearly this is all made up.. 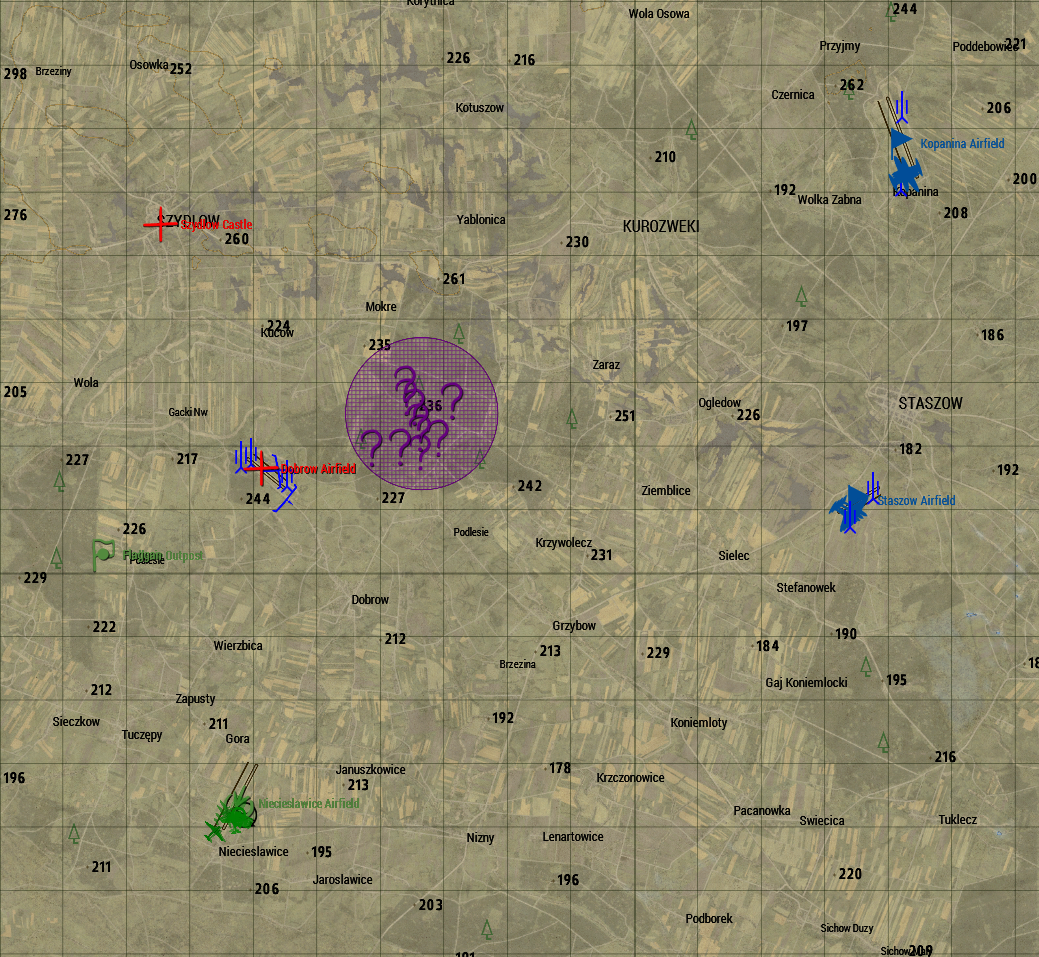