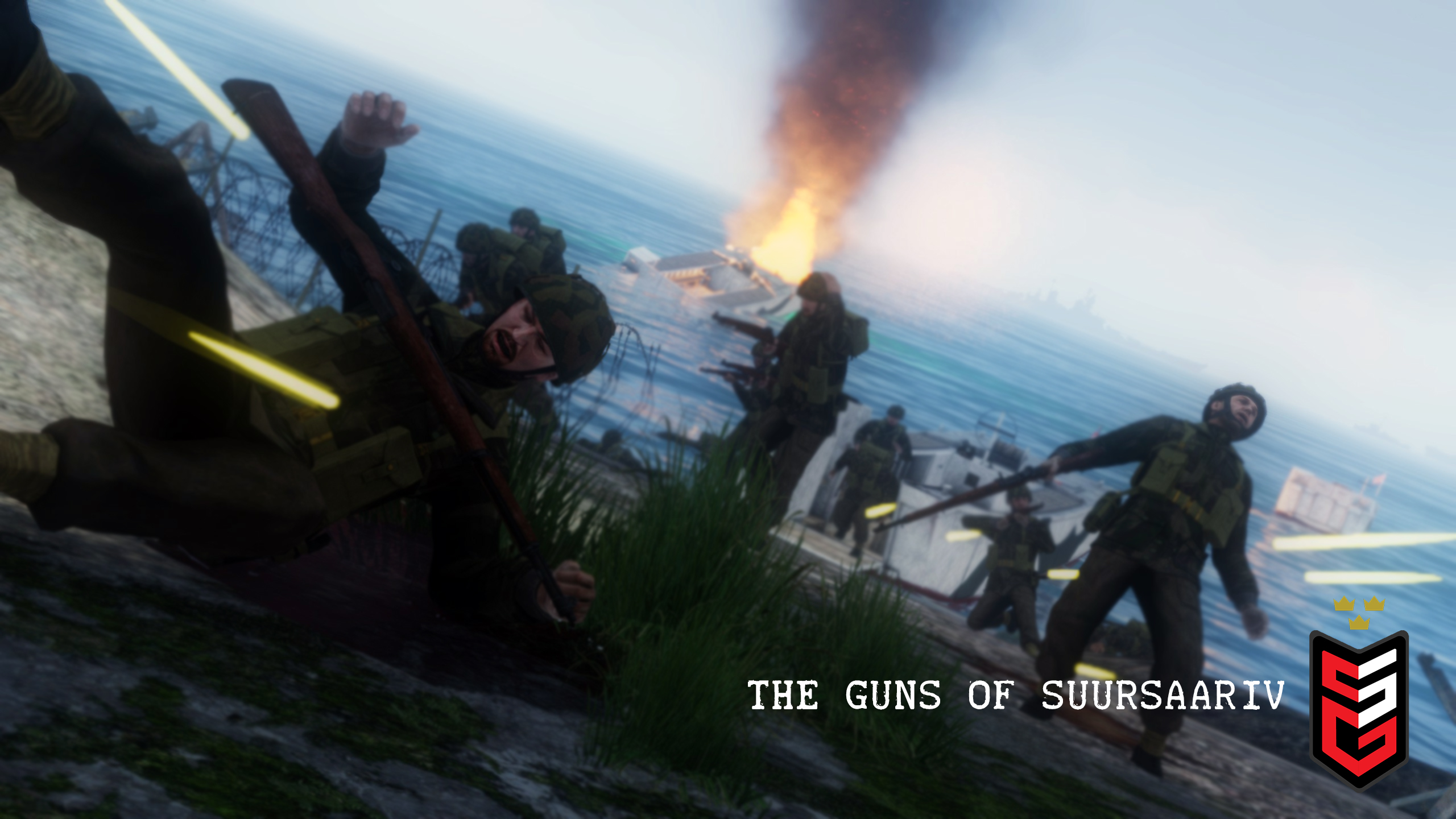 The battle rages on in europe and the allied troops are putting pressure on the germans who are retreating through France. The Axis powers plan an assault on the island of Kheros, where 2,000 British soldiers are marooned, to display their military strength and convince neutral Turkey to join them. Rescue by the Royal Navy is prevented by two massive radar-directed large-calibre guns on nearby Suursaariv Island. When aerial bombing efforts fail, Allied Intelligence gathers a commando unit to infiltrate Suursari and destroy the guns.

June 22, 1944
The guns need to be destroyed so we have been tasked with doing a naval assault on the island of Suursaariv south of Greece. We have a few hours to before the Axis ships pass by the island and continiue towards Kheros. We are to secure a foothold on the island and locate intel on how to assault the guns from the mainland. To do this we need to secure Intel from the fortress Gûros where the Axis forces have their maincamp. The position is extremely well defended so we need to find a way to circumvent the defenders. We have been in contact with a local allied man who might have some intel that might help us. We are to locate this person and see what kind of help he can give us before moving towards the castle.

LZ Pegasus Secure a foothold on the island of Suursaariv 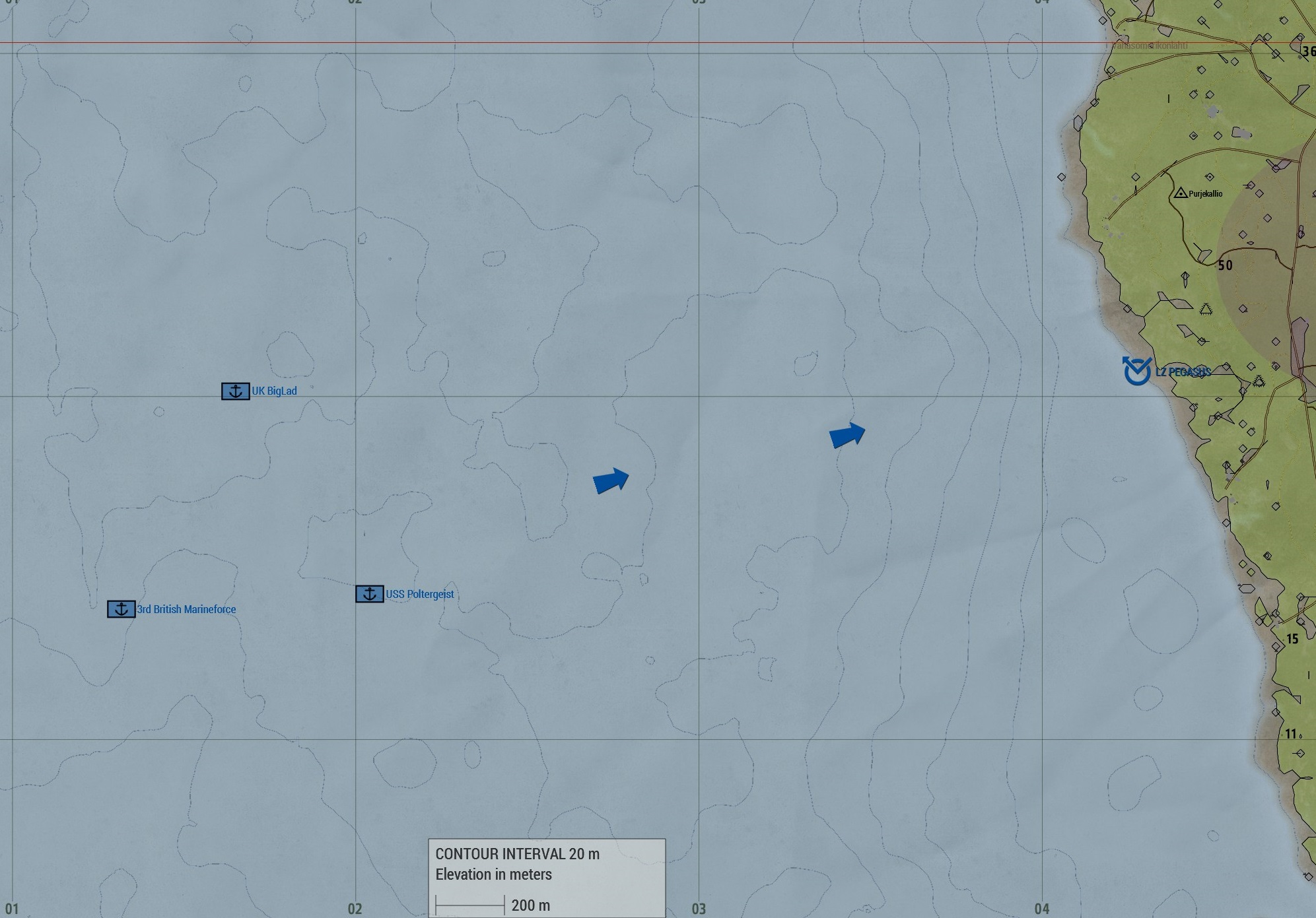 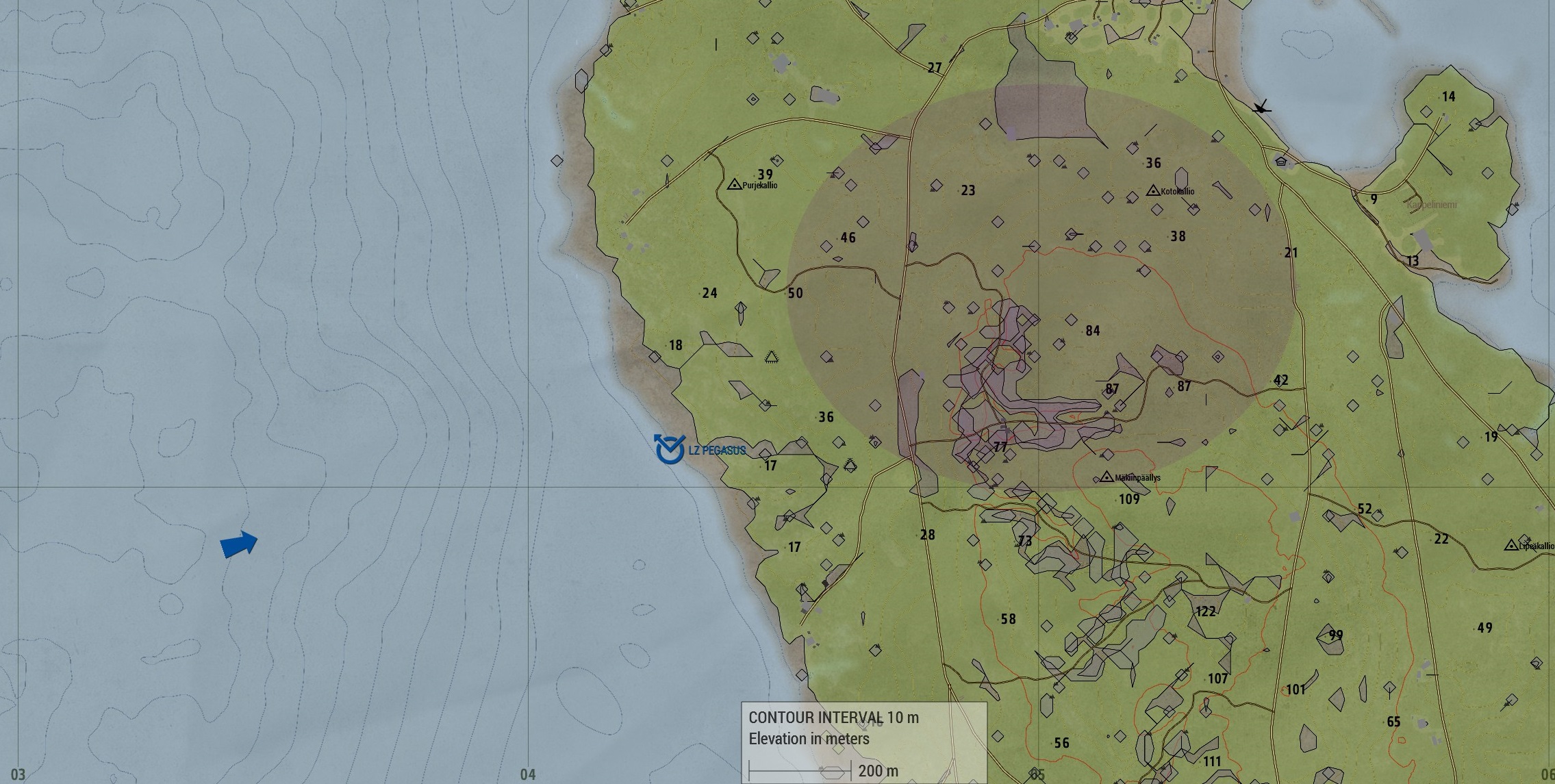 DRAGON Secure intel on how to reach the guns of Suursaariv 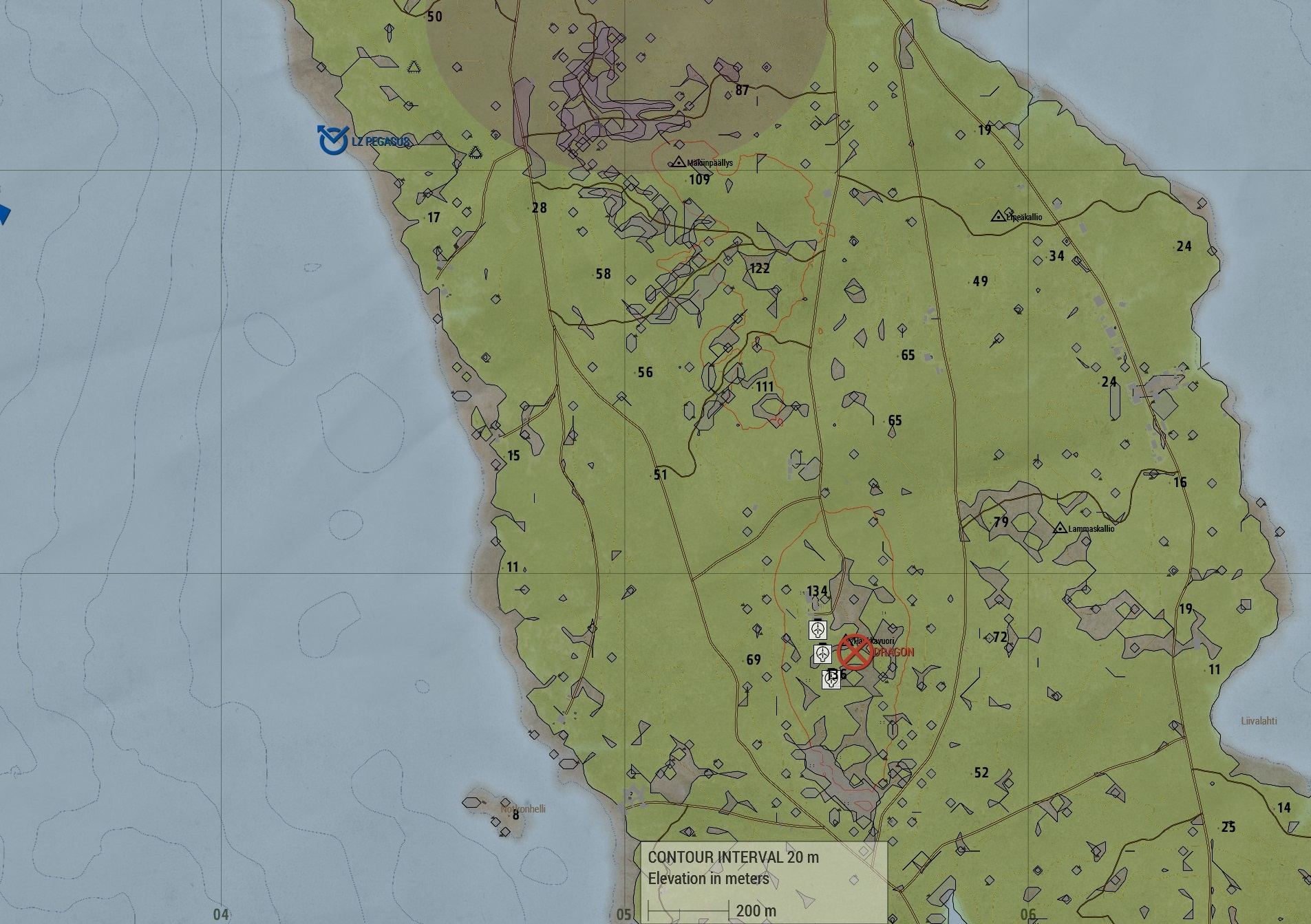 Intel: Our assault are protected by two battleships, USS Poltergeist & HMS BigLad. There are some bunkers that are protecting the LZ that probably will fire when we close in on the beach.