The continent of Pandora is at war. After many years of peace, the country of WISLANIA has attacked ALTRAVERDO which is part of the Pandoran Defensive Treaty Organization (PDTO). The PDTO is a Defensive Military Alliance between the Countries of ALTRAVERDO (Germany), ASTARIA (Sweden), SERVERANIA (USA) and OBSIDIA (United Kingdom). WISLANIA also has an ally, which is SATAWAN.

Prior to the WISLANIAN aggression there were multiple diplomatic incidents, which lead to tensions between ALTRAVERDO and WISlANIA. During these tensions there have been many troop movements and exercises on the border of ALTRAVERDO by the WISLANIAN 1st and 2nd Army. In response the PDTO put their troops on high readiness. On the 22nd of October the WISLANIAN 1st Army crossed the border to ALTRAVERDO and the 2nd Army stepped into ASTARIA.
For the last week the PDTO Forces are stuck on defense. The PTDO have been fighting with delay tactics to lower the strength of the WISLANIAN forces. On the 30th the start of the counter offensive is planned to start.

The 4th Company (Callsign RAGNAR) of the 31st Fallschirmjäger Regiment have been deployed to the ASTARIAN front. Their task is to HALO jump behind enemy lines to disrupt supply lines and take key enemy positions. The Operation will be conducted with 2 Platoons (ALPHA & BRAVO). They are supported by a Mortar Squad (TANGO LIMA), a Recon Team (NOVEMBER LIMA) and the ASTARIA Air Force (VICTOR LIMA). 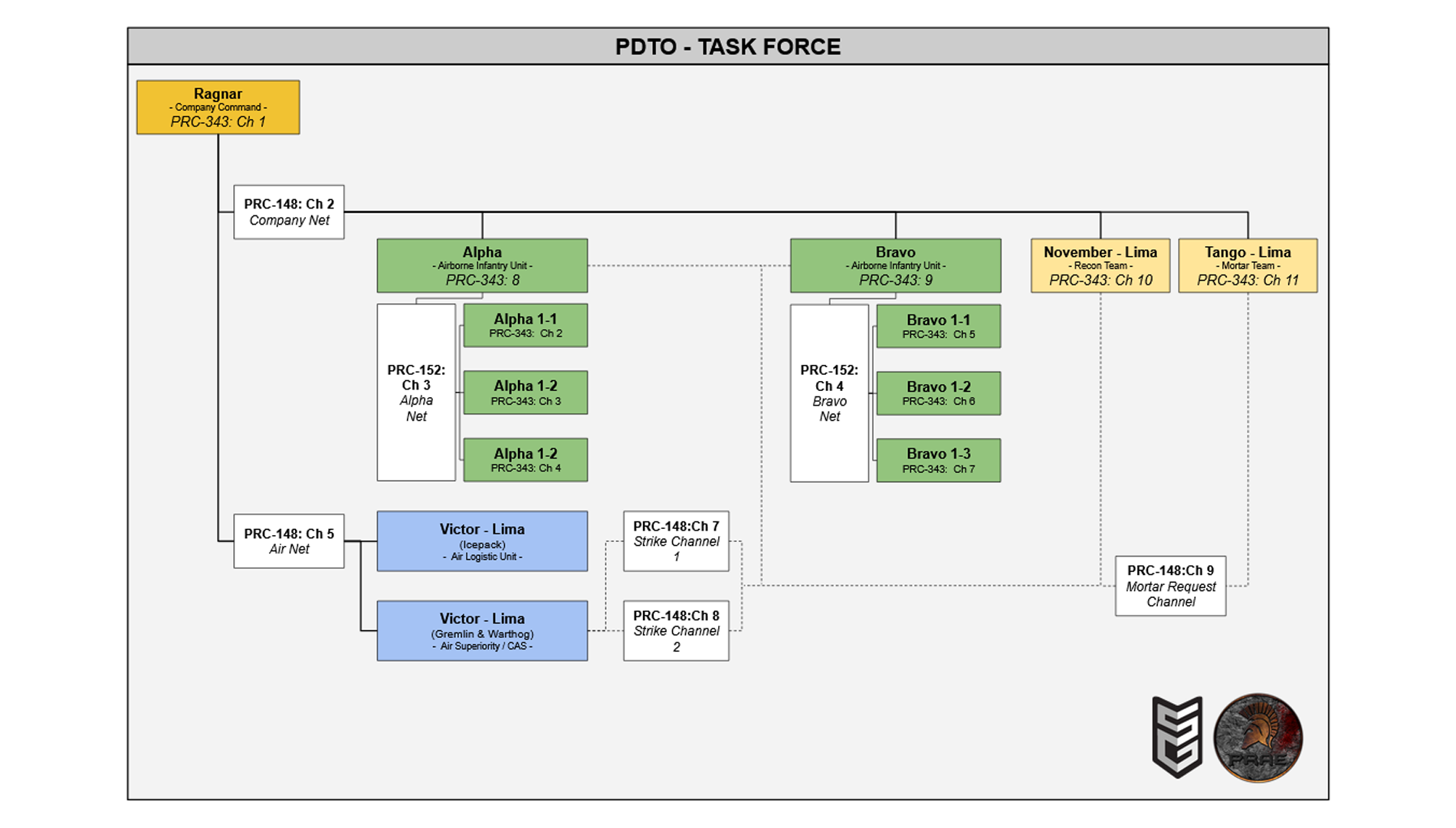 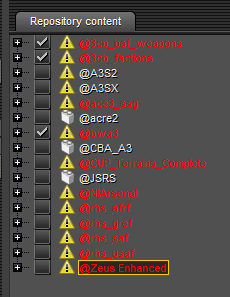 När kommer testserver upp?
“The thanks of the infantry, in my opinion, must be treasured more by every artilleryman than all decorations and citations. ”
– Colonel Georg Bruchmuller
Upp

- Loadout presets for aircrafts that corresponds to what we want to have on the helis/planes by default (saves alot of time not having to configure and load them everytime).

- Icepack helis for combat search and rescue of downed pilots, but also for deploying troops into the battlefield when parachute deployment is not necessary. But also because we sometimes flew very few soldiers for airdrop which is a bit excessive with a Hercules.

- Radio channels preset, we want to have one of our 3 radios for internal coms within the VL group.